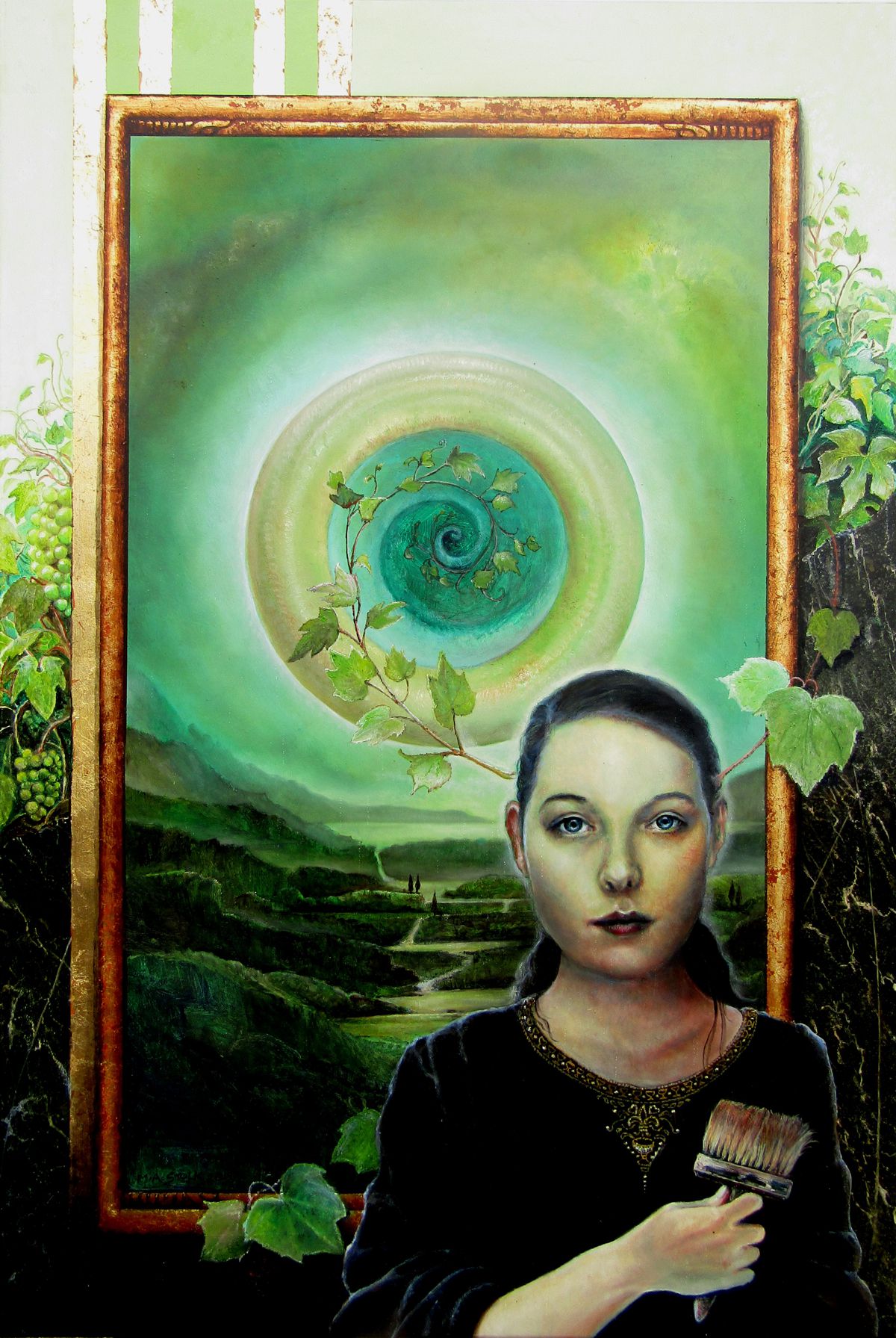 This Painting was made in the spirit of Leonardo da Vinci´s “Mona Lisa”. It represents a young woman who is connected to the Vine of Life, that spirals out from her head into the basket of creation. Behind her a landscape can be seen with a running stream. The water horizon is placed at the level of her eyes, whilst the stream runs to the level of her shoulders, as such symbolizing the “Cup of Christ”” or ” the Challis connection”, which also can be found in the Mona Lisa.In the higher part of the frame a specific colour combination is used that strenghtens and fortifies the feminine gender, in which I have used gold leaf. The composition of the painting is built up with the Golden Section.

In this painting I tried to capture mystery, and the mystery of the feminine gender and of creation itself. The painting speaks about the now newly present evolutionairy possibilities of the human race in what can be called a “feminine” epoque.