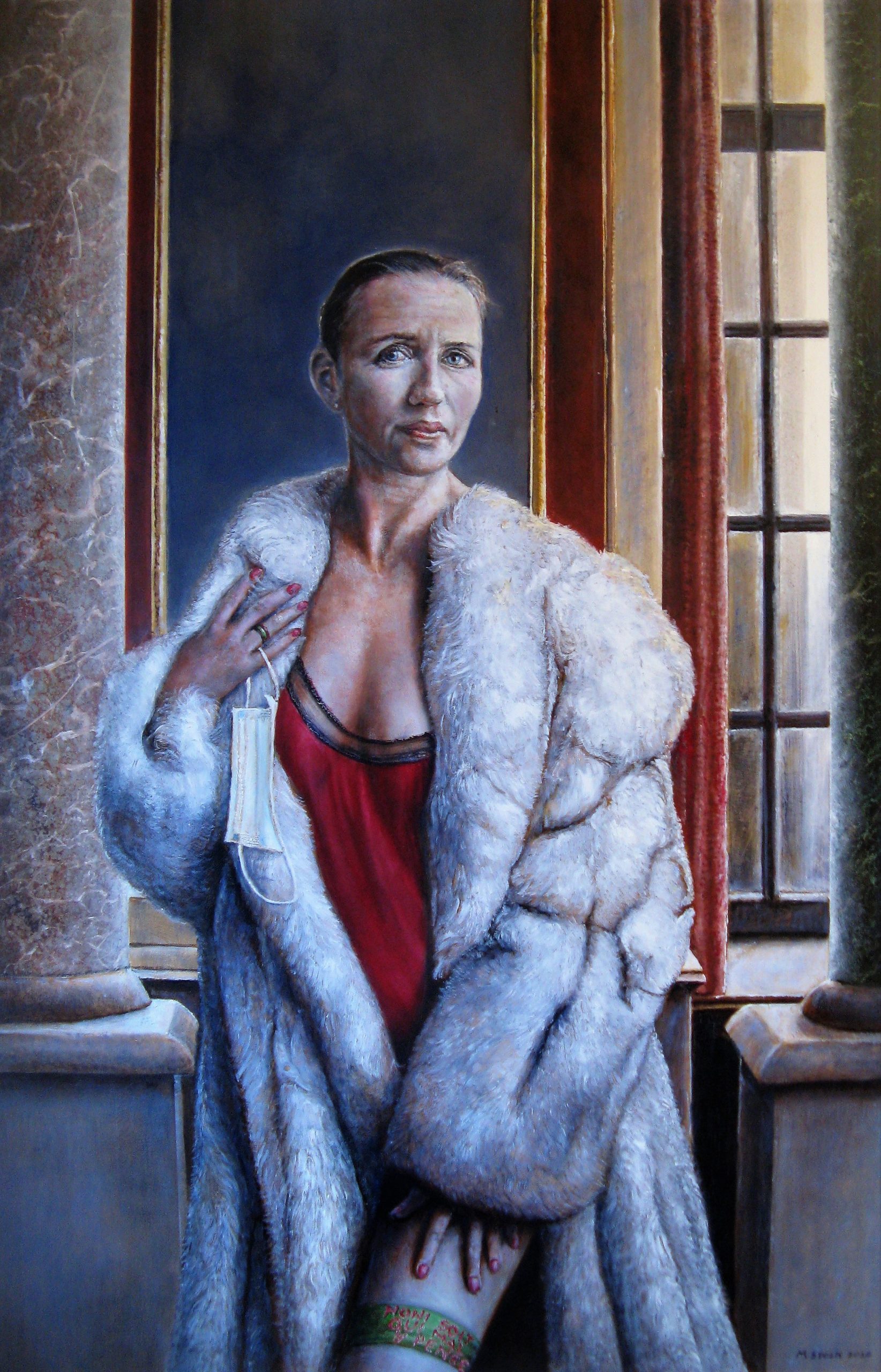 This portrait was made for the yearly portrait competition in Copenhagen, but it did not get accepted, which I expected.. It is a portrait of the prime minister of Denmark, Mette Frederiksen, who was in part behind the killing of tens of millions of minks in Denmark, without involving Danish parliament. The minks were killed because of the fear for a new corona mutation and contamination. The damage payment to the mink farmers was 18,9 billion kroners!!!

The question is, did she act correctly or not, and here there are many opposing opinions. Some think she acted wisely, some see her to work for a hidden agenda, or that she is running down the country. Yet, in a time where things easily get polarized, and we do not really no the true motives, unless there are clear facts on the table about the killing of the minks, I thought it was wise to give the painting the title “Honi Soit Mal Y Pense” (Shame to those who think evil!) And obviously this can be interpreted in many ways, and it is a reflection to the observer as well… The title refers to the green garter Mette Frederiksen is wearing around her leg…

The story goes that the Duchess of Salisbury was dancing with King Edward III when her garter, her green garter mind you, fell to the floor. Supposedly the whole room went silent (which assumes that the rest of the court knew what the green garter symbolized), and waited to see what the King would do. This was the time period when the Inquisition was raging across Europe, though it hadn’t yet made it to England. According to the story, the King picked the garter up and tied it to his own leg, saying “Honi Soit Qui Mal Y Pense”, or “Evil to those who think evil”. This symbolized to the rest of the court that Edward knew his dancing partner was a Witch, but wasn’t going to allow the Inquisition to come to England. Thus the Order of the Garter was created by the king to protect England’s witches.